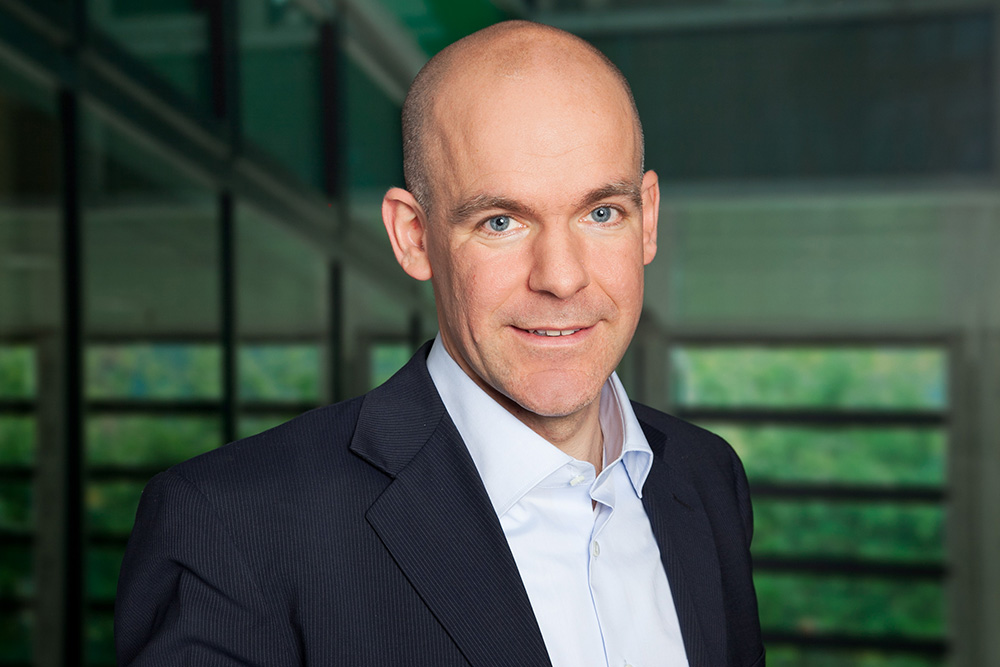 Nicolai Andersen is Deloitte’s Chief Innovation Officer and is responsible – across disciplines – for the development of new business models and products. He manages strategic innovation projects in the area of digital transformation and heads the Deloitte Garage innovation unit. He holds a Masters Degree in Business and Engineering and worked for Arthur Andersen before joining Deloitte. He has more than 20 years’ experience of advising companies around the world and is a recognized expert on the effects of technological, economic and social trends on companies and their ability to compete. Nicolai Andersen is a member of the Executive Committee of the "D21 Initiative", where he heads the Digital Ethics working group. 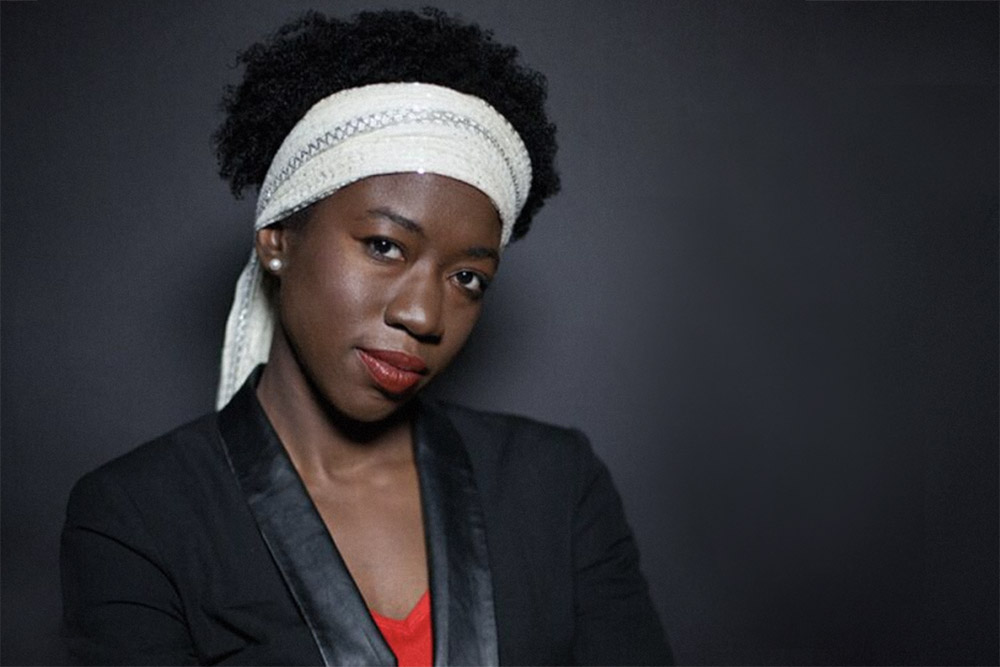 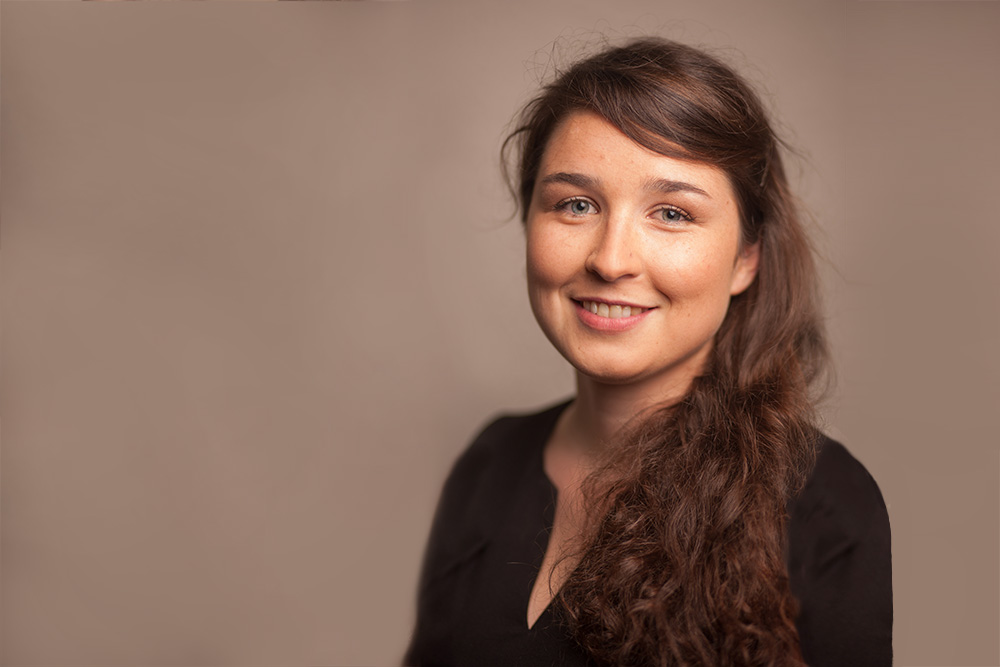 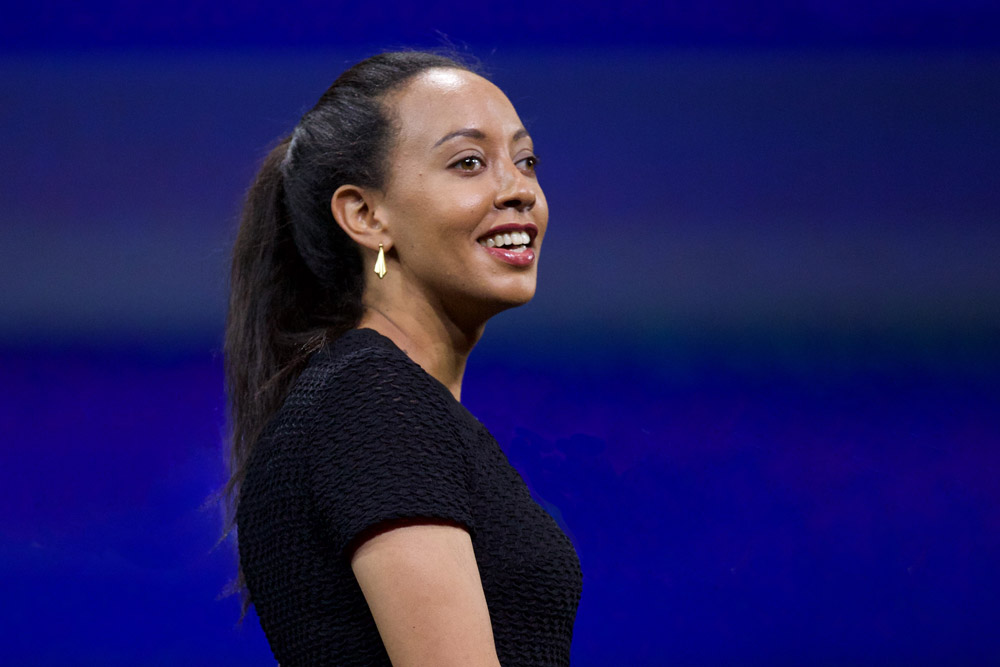 The first deaf and blind person to graduate from the Harvard Law School, Haben Girma, works to promote equal opportunities for people with disabilities. She was named a ‘White House Champion of Change’ by President Obama, and Forbes honoured her in the ‘Forbes 30 Under 30’. She travels around the world, offering advice and giving public speeches, and convinces clients of the advantages of providing fully accessible products and services. Ms Girma is a talented storyteller, who helps people value difference. She flouted low social expectations and decided to write her own success story. Find out more at habengirma.com. 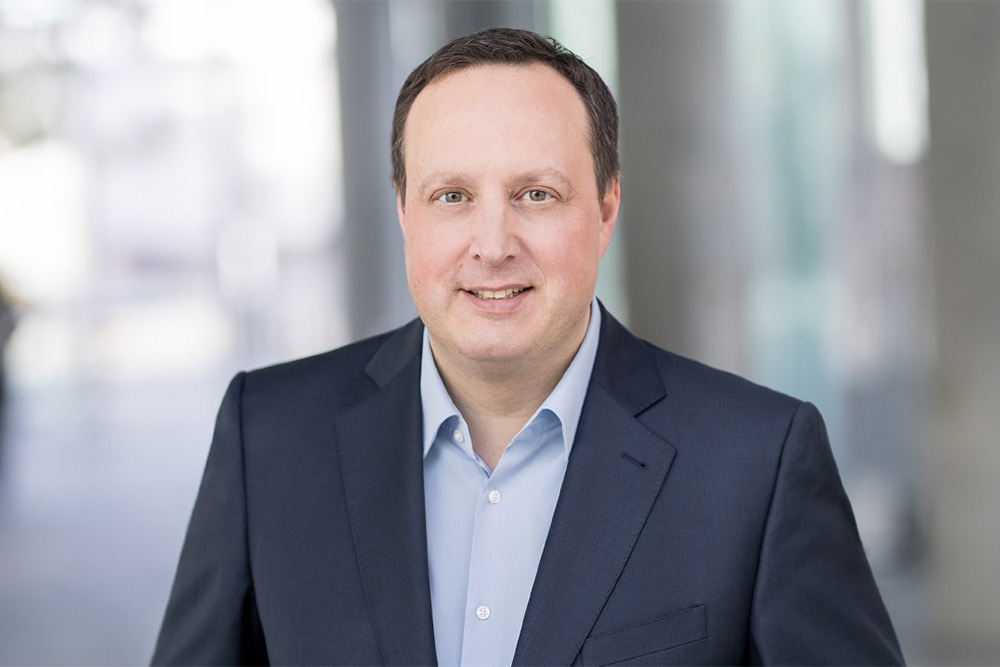 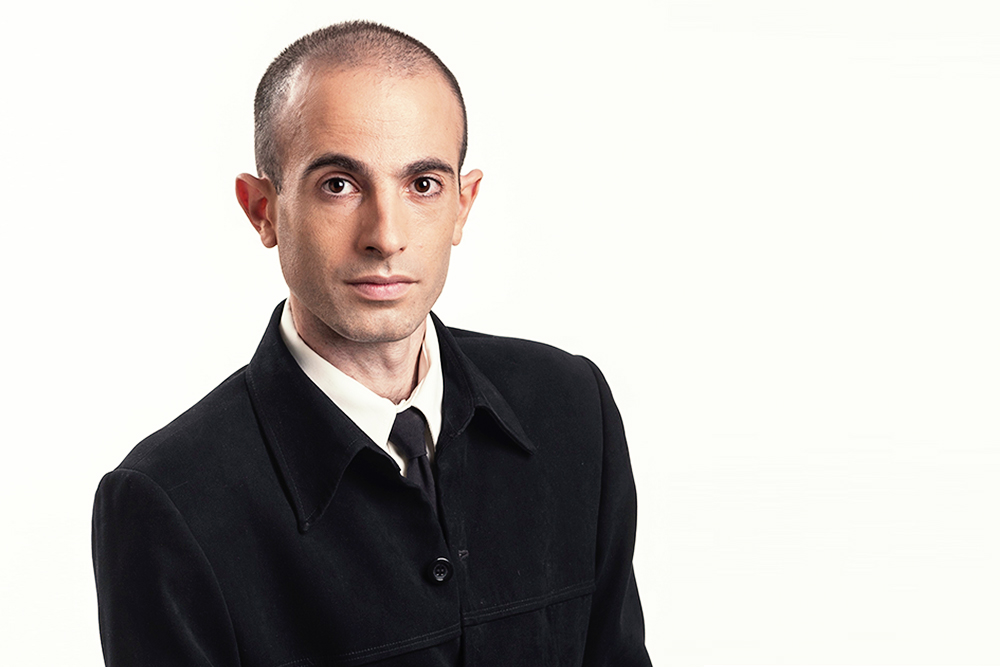 Prof. Yuval Noah Harari is an author of international bestsellers. He was born in 1976 in Haifa, Israel, and was awarded his doctorate in 2002 from the University of Oxford. He currently works as a lecturer at the Institute of History at the Hebrew University of Jerusalem. His book, ‘Sapiens: A Brief History of Humankind’, became an international hit and has been published in nearly 40 languages worldwide. Professor Harari gives regular lectures all over the world on the topics examined in his books and articles, and has written for newspapers such as the Guardian, the Financial Times, the Times and the Wall Street Journal. 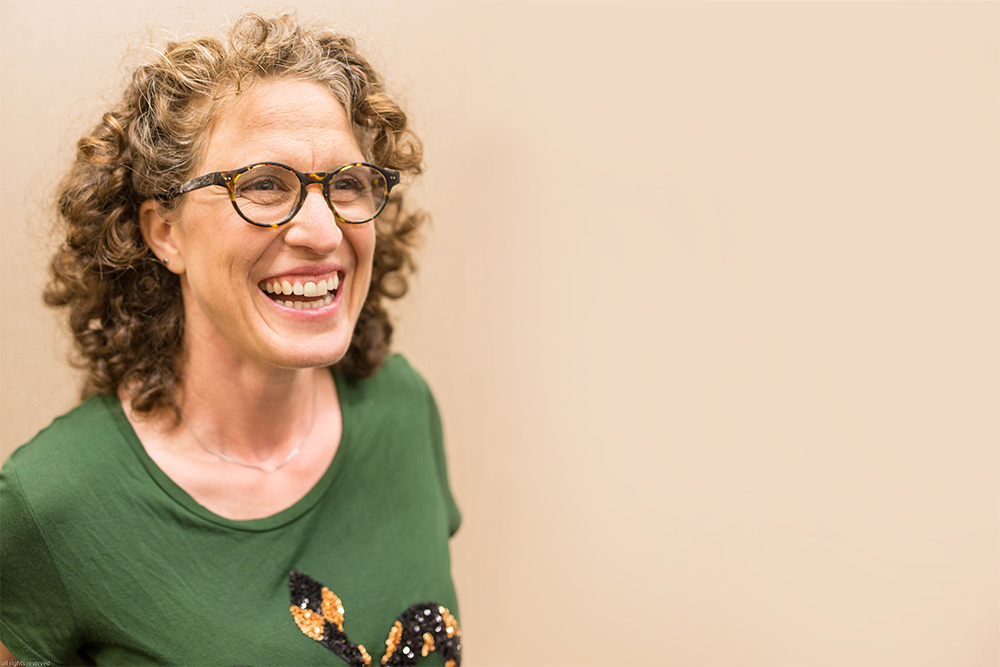 Deborah Harrison is one of the original architects of the personality of Microsoft’s digital assistant, Cortana. She designed key basic concepts for Cortana’s communication approach, and is now helping to make sure that these principles are put into practice during the transfer of Cortana to other devices and operating systems, as well as to other countries. 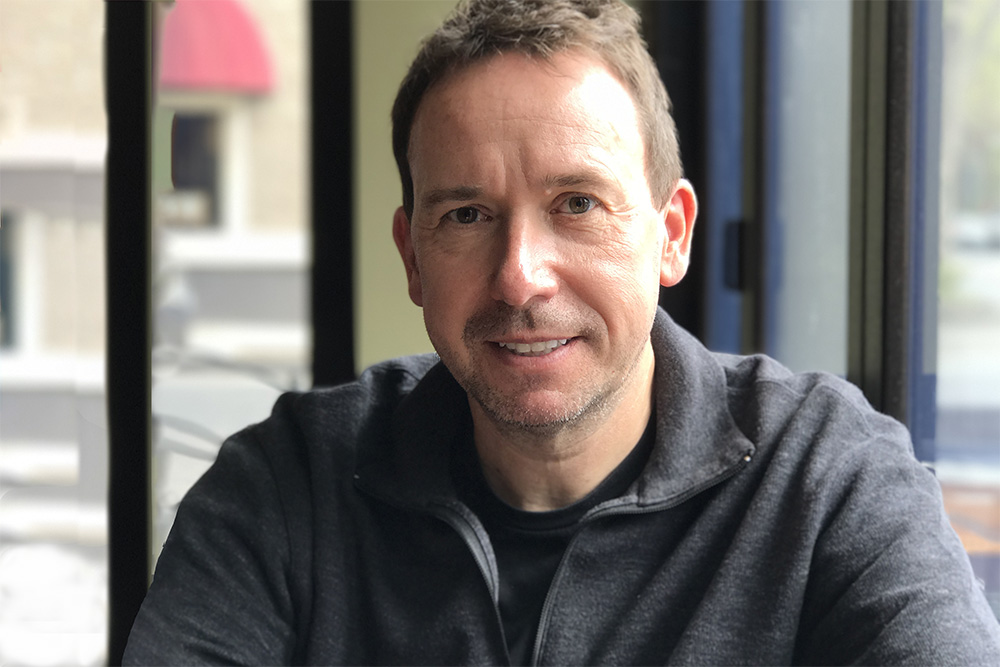 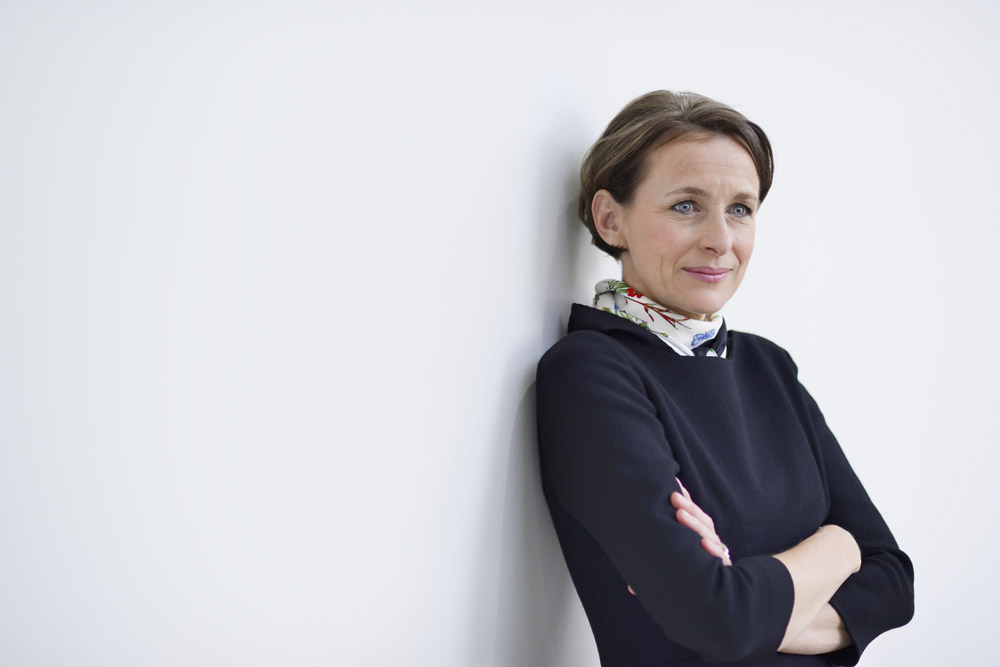 Since January 2018 Martina Koederitz has been Head of Industrial and Automotive of IBM globally. Prior to that, from May 2011 she was chairwoman of the IBM management for Germany. Since April 2013 and in addition to her other roles she has been responsible as General Manager DACH IBM for the German, Austrian and Swiss business of IBM. Before that, as a member of the management she was in charge of sales of IBM Germany. Prior to that change she was responsible for the IBM business for medium size enterprises, comprising the hardware and software businesses, as well as service solutions and the cooperation with business partners. Before that she was Vice President of the IBM Systems and Technology Group in Germany.

Martina Koederitz began her career with IBM in1987. She started as systems consultant and, having served in a variety of roles in sales, was appointed as Sales Manager in the Financial Services Sector in 1998. From 1999, as head of the Business Unit Executive she was in charge of the sales organisation for the cooperative FinanzVerbund. In 2003 Martina Koederitz became Vice President z Series Sales IBM EMEA, and in 2006 Vice President System z Sales in Germany. Subsequently she worked as Client Advocacy Executive in the office of the then IBM CEO Sam Palmisano in Armonk.

Matina Koederitz graduated with a diploma in Business Administration (BA). In addition to her acitivies in the executive of the sector association BITKOM she worked in a variety of industrial associations, such as Baden-Württemberg Connected (bwcon), VDMA, the donor’s association for German science and in Stiftung Rechnen. 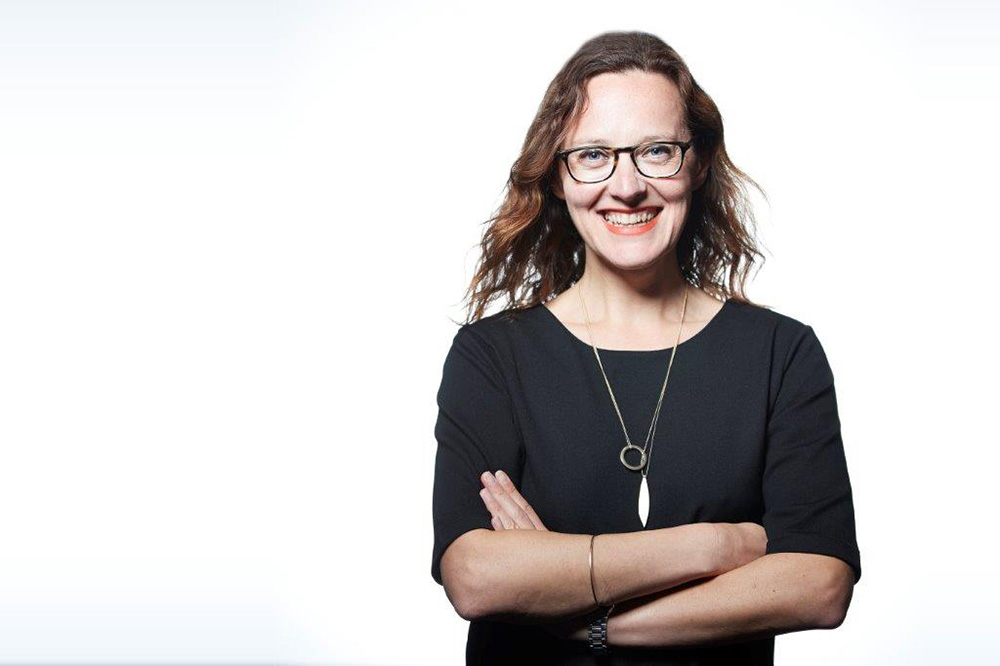 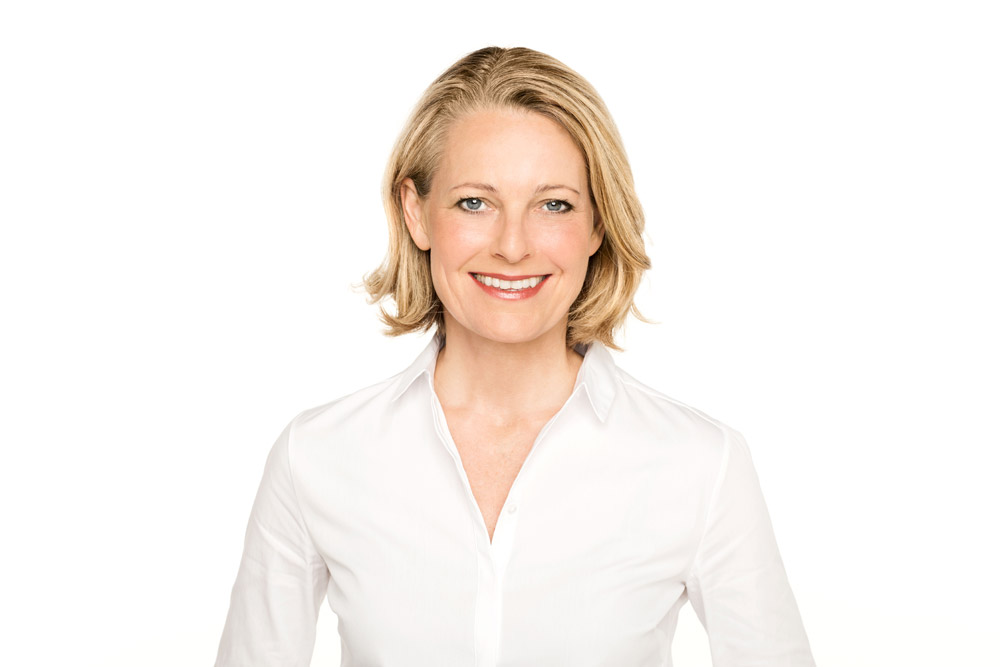 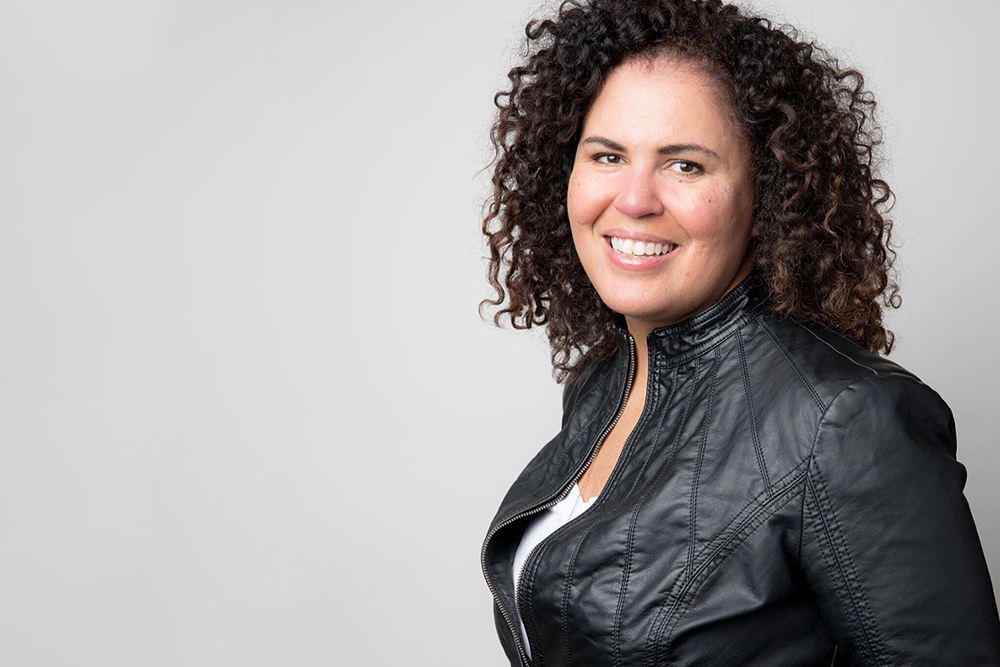 Prof. Safiya Umoja Noble is an assistant professor at the University of Southern California Annenberg School of Communication. She is the recipient of a Hellman Fellowship and UCLA Early Career Award. Her best-selling monograph on racist and sexist algorithmic bias, entitled Algorithms of Oppression: How Search Engines Reinforce Racism, was recently released in February of 2018. She is an Associate Editor for the Journal of Critical Library and Information Studies, and co-editor of two books: The Intersectional Internet: Race, Sex, Culture and Class Online (2016), and Emotions, Technology & Design (2015). Safiya holds a Ph.D. and M.S. in Library & Information Science from the University of Illinois at Urbana-Champaign. 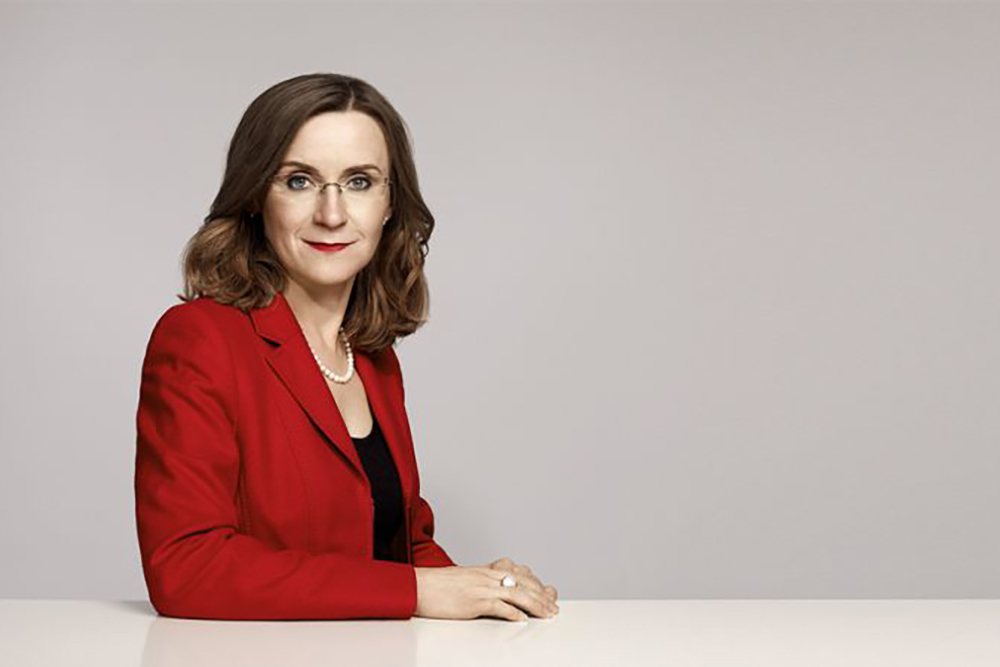 Chairwoman of the Management Board and Operations at the Berliner Verkehrsbetriebe

Dr Sigrid Evelyn Nikutta has been Chairwoman of the Management Board and Operations at the Berliner Verkehrsbetriebe (BVG) since 1 October 2010. She is the first woman ever to head the company and has overseen its return to profit for the first time in seven decades.

Dr Nikutta studied psychology at Bielefeld University from 1988 to 1993, with a particular focus on occupational, industrial and organisational psychology. In 2009, she completed a doctoral degree entitled ‘Mit 60 im Management – Vorstand oder altes Eisen?’ at Ludwig Maximilian University of Munich. From 1993, she worked in the management of a medium-sized business in Bielefeld, before joining Deutsche Bahn AG in 1996, where she would hold various management functions over the next 15 years: she was Director of Human Resources at DB Schenker Rail in the Cargo Division of Deutsche Bahn, Director of Production and Business Management Spokesperson of the Block Train Transport Division in Mainz and most recently Director of Production at the Polish DB subsidiary Schenker Rail Polska.

In addition to managing the BVG, Dr Nikutta also performs various official functions and is a member on several committees. She is Chairwoman of the Supervisory Board of BT Berlin Transport GmbH, the BVG’s largest subsidiary, Chairwoman of the Supervisory Board of the Institute of Railway Technology (IGB) and a Member of the Senate at the German Aerospace Center (DLR). She is also a Committee Member of the German Transport Forum (DVF) and the Association of German Transport Companies (VDV) and a Policy Board Member at the International Association of Public Transport (UITP). In addition, she is a Committee Member of the Association of Berlin Merchants and Industrialists (VBKI).

In 2017, she received the Berlin Women’s Prize for her consistent and successful commitment to promoting women and equality among the Berlin transport company Berliner Verkehrsbetriebe (BVG).
In 2012 she was awarded with the prestigious “Female Manager of the Year” by Mestermacher Group.

Born on 1 April 1969 in Szczytno in the Masurian Lakelands, Dr Nikutta grew up in Eastern Westphalia. She is married with five children. 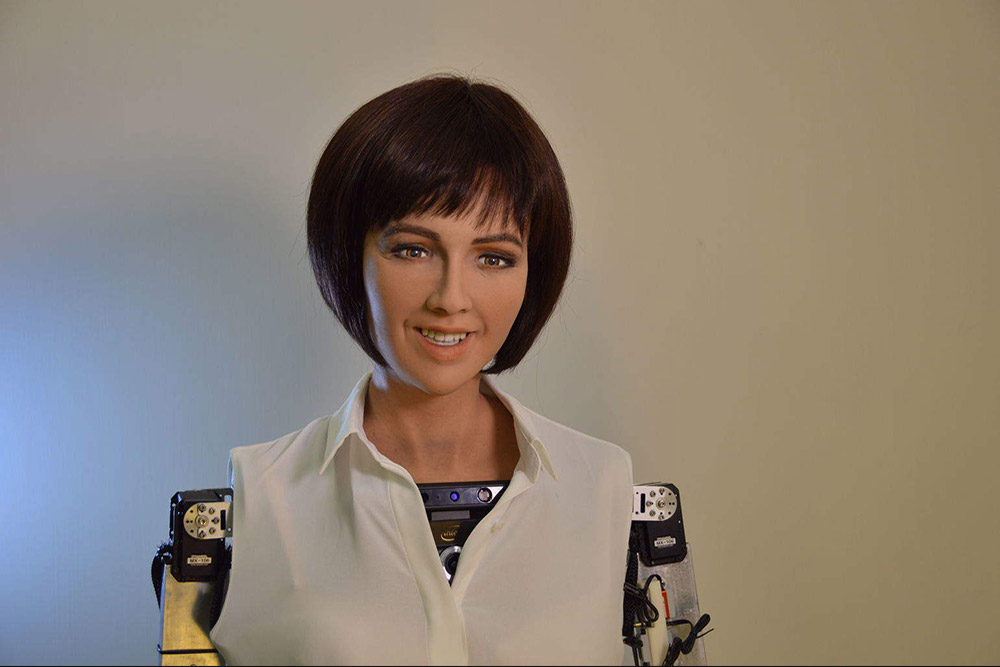 Sophia is Hanson Robotics’ most highly advanced and celebrated robot, equipped with extraordinary expressiveness, aesthetics and interactivity. She can simulate a large number of facial expressions, follow and recognise faces, look people in the eye and conduct natural conversations with them. Sophia made her début in March 2016 at the South by Southwest Show. Since then, she has progressed to become a highly demanded media personality. 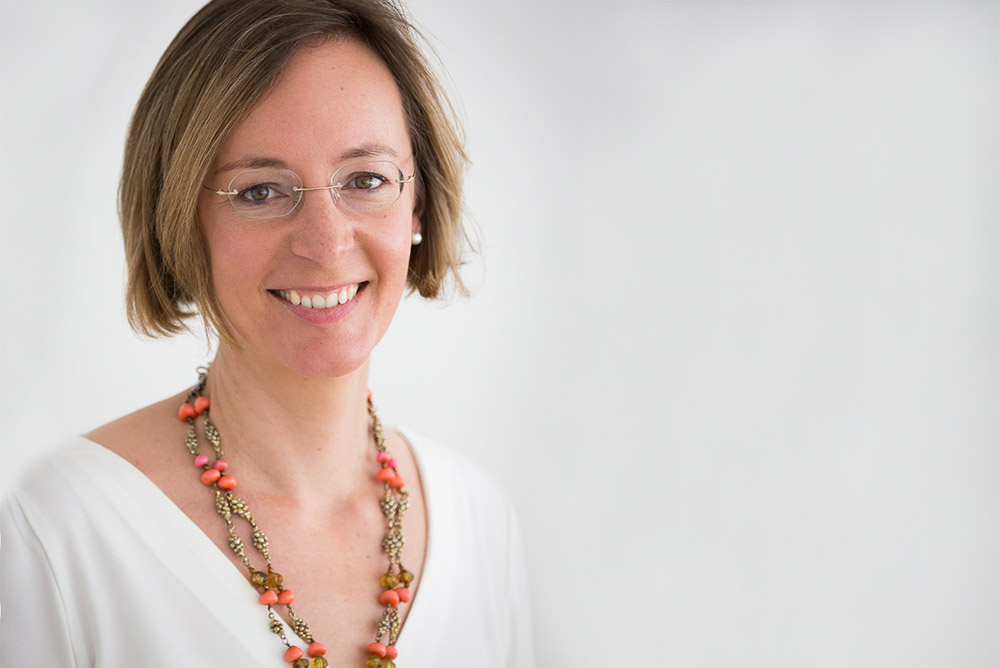 University Professor Dr. Sarah Spiekermann teaches and conducts research at Vienna University, where she chairs the Institute for Management Information Systems. She has published many scientific articles in the field of value-oriented, sustainable IT organisation, in particular on the topic of privacy and control. Her book "Ethical IT Innovation" was published in January 2016. Her work aims to promote both the ethically reflected organisation of technology and an improved understanding of human expectations of technology. 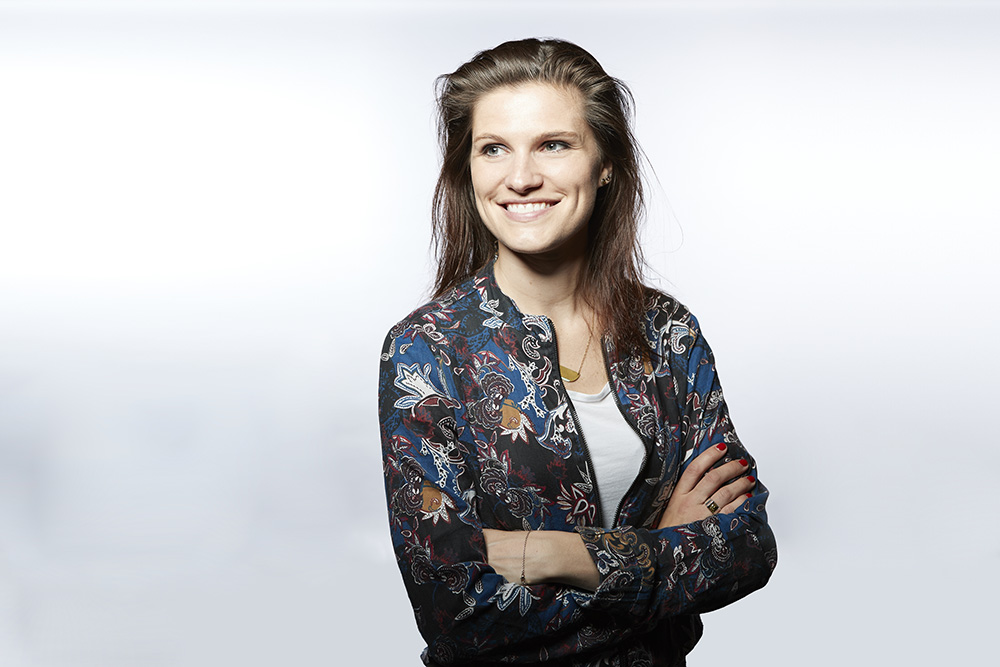 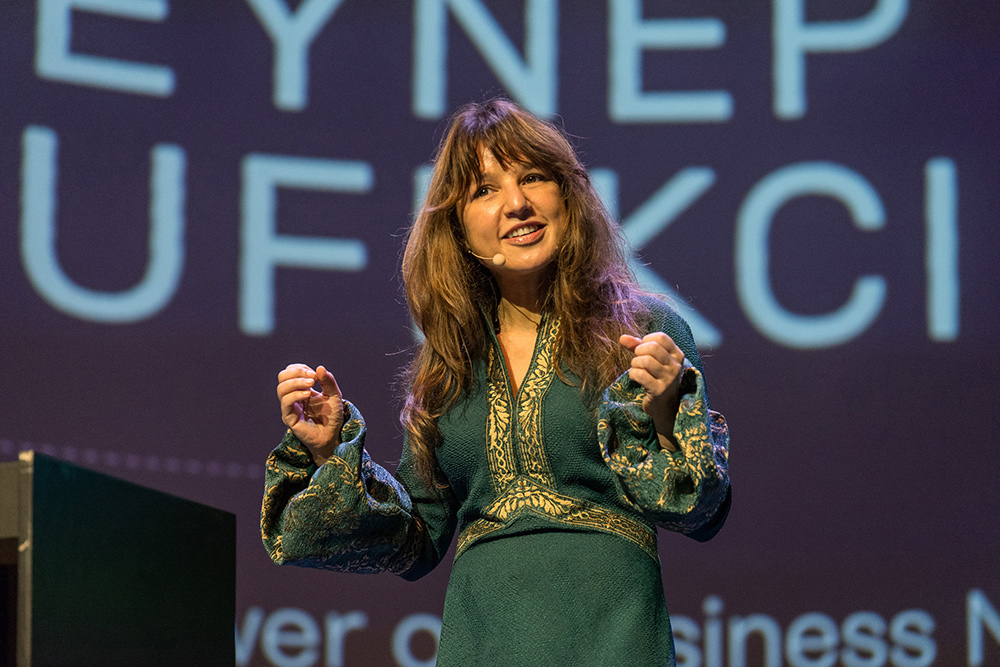 The techno-sociologist Zeynep Tufekci is an internationally recognised expert in the interaction between technology and social, cultural and political dynamics. She has a particularly high level of expertise with regard to the use of social media by social movements, and the social and moral implications arising from the use of big data and algorithms for decision-making processes. She is a professor at the University of North Carolina, Chapel Hill, and writes monthly opinion columns for the New York Times. 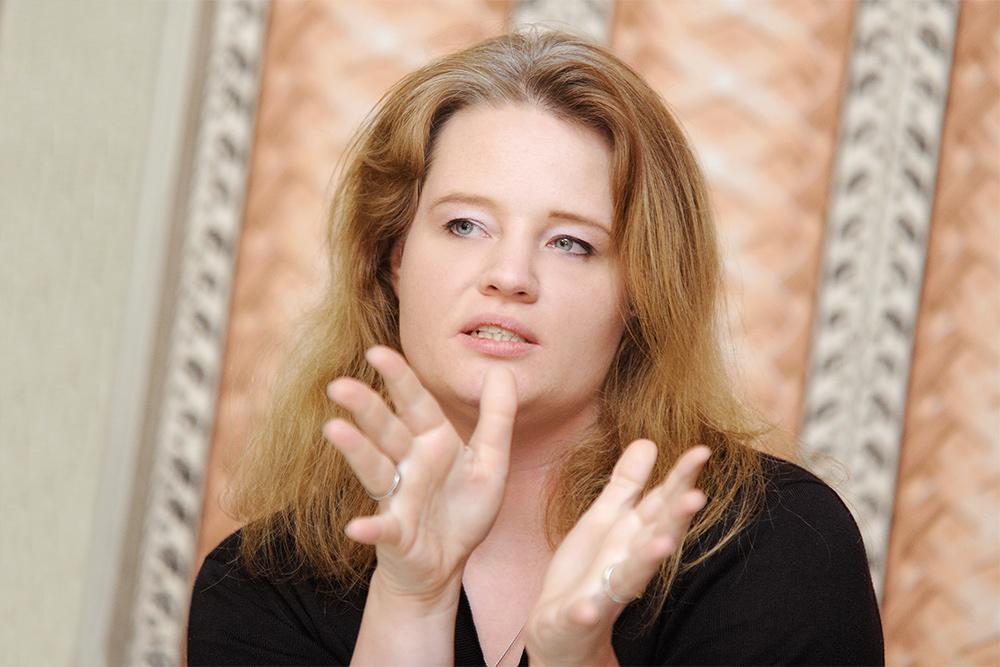 Head of the Algorithm Accountability Lab, Technical University of Kaiserslautern

Prof. Dr. Zweig is a Professor at the TU Kaiserslautern University of Technology and Natural Sciences, where she heads the Algorithm Accountability Lab. It was at the TU that she played the lead role in the development of the "Socioinformatics" study programme, the only programme of its kind anywhere in Germany. She is a natural scientist and computer scientist who conducts research into when algorithms can provide meaningful insights into data. She was celebrated as one of Germany’s "digital thinkers", presented with the ars legendi Award for Excellence in Teaching in Computer and Engineering Science, and advises – among others – industry and policymakers on questions relating to the impact of digitisation on society.